By: admin
In: Cases, HR-BLOG
With: 0 Comments 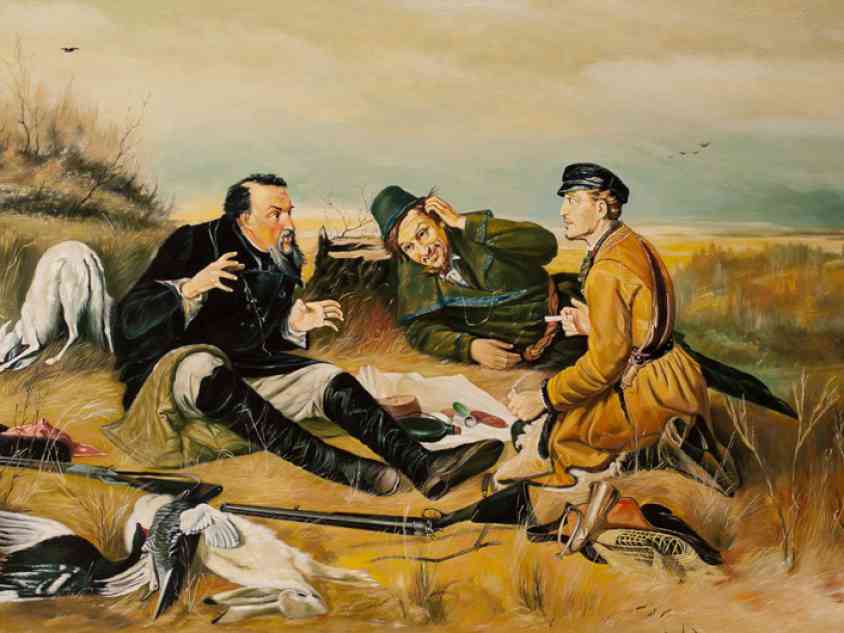 Some professionals proudly refer to themselves as headhunters on social media profiles.

Many employers sincerely believe in the stories of how the miracle heads obtained by “hunters” made their business super successful.

Headhunting is considered to be an expensive but effective tool for solving complex business problems that cannot be dealt with by ad-hired employees.

The printing company needed a technologist.

There were only three companies using the same technology as the customer’s in the CIS, so the search circle was narrowed down to several candidates.

Former and current employees of competing enterprises were invited to interviews to collect information about them.

During the interview, as if by chance, questions were asked: “Do you have technologists there, Mikhail Petrovich and Petr Ivanovich? Not? Who? ”

Knowing the full name, it was easy to collect additional information about the “head” and find a way to get in touch.

Then everything is as usual – negotiations, meetings, proposals, and now the employee “was yours – became ours”.

The hired technologist moved from the regional center to St. Petersburg, his salary increased significantly compared to the previous place of work, but at the same time was not much higher than the average for such specialists in St. Petersburg.

For the employer, it was a profitable acquisition, although the work of the customer’s enterprise has not changed dramatically thanks to the invited specialist.

The new employee brought some useful innovations to the manufacturing process, but there was no technological revolution.

A specialist was required with experience in implementing a project to launch production using a rare technology.

The customer did not want to spend time and effort on developing a project “from scratch” – to study the markets for raw materials and equipment, to communicate with marketers, technologists and designers.

We were looking for a “head” in Russia and the CIS.

They searched in different ways – from searching for articles in the media about the launch of production, which used the technology of interest to the customer, to publishing ordinary hiring advertisements.

A specialist was found, for the interview the customer paid for his flight from another city.

The meeting with the potential employer took place at a good restaurant, but the recruitment negotiations did not end.

Having treated the applicant to dinner, the customer received the necessary information, but abandoned the project, considering it too costly and risky.

The work was completed, the customer solved his business problem in a non-trivial way, the candidate did not receive a job offer.

As it turned out, the customer needed not so much the head as its contents.

The owner of a developing Russian company really wanted the work of the commercial department to be built in the same way as in well-known Western companies.

The plans were to expand the geography of sales markets and a significant increase in production and sales.

Spared no money, I really wanted to “outbid” the head of the sales department of a well-known western company.

After meetings and negotiations, a leader was hired who was “born and raised” in the sales department of a Western company.

Alas, the project was unsuccessful.

The reason for the failure turned out to be the very technologies, using which the customer wanted to achieve success.

Aggressive negotiation style learned in the course of numerous trainings in a Western company and experience of representing the interests of a global brand with unlimited marketing support, turned out to be unacceptable for old and new clients.

Customers refused to cooperate and complained about the new sales director to the business owner, the sales department was struck by the turnover, plans to capture the market had to be scrapped.

“The head did not take root.”

The business owner decided to transfer the operational management of the company to a hired manager.

For this, the CEO of a similar company was “outbid”, and the new CEO was given carte blanche.

Alas, the owner could not help but interfere with the management process.

The employee’s disappointment was superimposed on the disappointed expectations of the owner, who expected more efficiency from the hired manager, whose remuneration was more than one and a half times higher than the market.

The story naturally ended in dismissal.

The history of AvtoVAZ and “Varangian” Bu Andersson, under whose leadership Lada Vesta began to be produced in Russia – the first domestic passenger car that is compared with the models of the world’s leading manufacturers.

If you remember, immediately after the launch of this model, the Swede was expelled from AvtoVAZ in disgrace – his work was found unsatisfactory.

The official reason is that the expected financial result was not achieved.

Sales have shown that the car is commercially successful, and after the dismissal of Boo Anderson, AvtoVAZ did not have any other models.

How to evaluate this story – as an unconditional success of the “head”, for several years doing what no one has been able to do for decades, or a failure – the global miracle expected by the owners of the enterprise did not happen – decide for yourself.

I’d like to add optimism with a case in which everything went well for the “head”, and the employing company achieved dizzying success.

It’s a pity, I don’t have such an example “from life”.

So we will consider the story of the recognized success of Apple and Steve Jobs as a case with a happy ending.

Although, of course, the details of the legend created by PR specialists are unlikely to be recognized by anyone.

Instead of a conclusion

The impact on the success of an individual’s business, be it a specialist with unique experience or a successful leader, is not that great compared to the many different factors that also affect the development of the company.

The best head hunted by headhunters may not take root in a new place.

The customer may decide that his own head, the way it is not as great as the one he dreamed of getting, suits him better.

Therefore, the recognized success of such projects is an infrequent occurrence.

To be fair, we can say that the invited “heads” work well, but it can hardly be said that a specialist hired using traditional means of search and selection of personnel could not work the same way.

Obviously, headhunting is not devoid of significant risks and disadvantages.

In addition to those that are clearly visible in the cases, there are difficulties with motivating the “expensive” head, and the risks of leakage of confidential information during negotiations with “heads” from competing companies.

It is useful to analyze them before you decide to go hunting.

Good luck and success in solving the problems of recruiting!

Go to the Catalog of training programs

Go to the Consulting Services Directory

Get fresh articles by mail

2021-01-19
Previous Post: 10 ways to decide how much to pay an employee
Next Post: 4 examples of describing standards for the formation of corporate culture